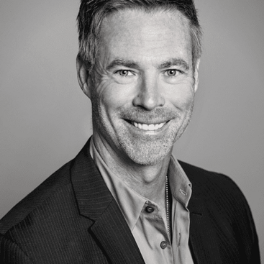 Michael is a successful professional manager and entrepreneur who, over a 20 year period, helped build and grow two different companies in the video game sector (Crave Entertainment Group, Solutions 2 GO LLC) to $300M in annual revenue each year.

From 1994 when Michael Joined Crave Entertainment Group to 1999, the company grew from $11M in revenue to $175M in revenue. During the later stages of this rapid growth, Michael and his business partner made numerous, almost catastrophic mistakes, and Crave Entertainment Group went from a $10M annual loss, a called loan, and near bankruptcy in 2000 to a profit of $15M and a successful sale to a publicly-traded company at an enterprise value of over $100M in less than 5 years.

After the sale of Crave Entertainment Group in 2005, Michael continued to serve as its CEO from 2005 – 2008 under public company ownership. After leaving Crave Entertainment Group, in 2009 Michael and his business partner started Solutions 2 GO; and from 2009 – 2014 Michael served as its CEO and led a team that organically grew the business from inception to over $300M annual revenue in less than 5 years.

In 2014, Michael resigned as CEO and sold most of his ownership interest in Solutions 2 GO to his business partner so that he could focus his time, effort, and passion on health, family, friends, and helping others in new and fulfilling ways. Michael is active in YPO-WPO and philanthropic causes and is very blessed to be able to help others through CEO Coaching.